How to Find & Buy a House in Italy – Part 1: Tuscany or elsewhere? 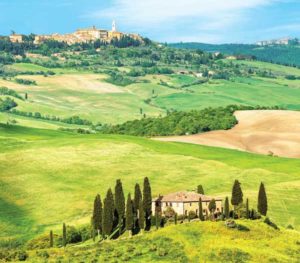 Buying a house in Italy seems a dream of very many people who have visited the sunny country on holiday. Very often it will remain an unfulfilled wish because it seems too complicated or daring to carry through. How do you go about finding a house, buying it, renovating it, what are all the rules and regulations? How about work, taxes, health assurances? It seems just too much to consider.

How to find your dream house

Well, nobody will tell you it is easy. But when you go about it step by step, it becomes much more managable. We did it, and survived. So you should be able too. Let us start with step 1: how to find a house? For this you need to draw up a list of characteristics the house should meet, the one about location being the first and foremost one. Where do you want to live in Italy? North or south, coast, plain or mountain, rural or urban? Probably the only way you can decide on this is by drawing from your own holiday experiences if you have them. Otherwise it is virtually impossible to arrive at a well-founded judgement. 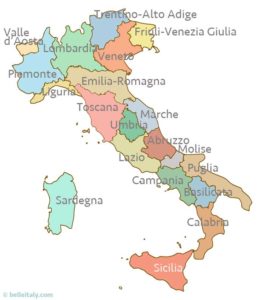 Now you might say that Tuscany is well known and everybody would want to live there. Not true! We spent a holiday in the Chianti region and were surprised by how verlaten the countryside was. We could not possible imagine living there the whole winter or even the summer unless you have a bed and breakfast with frequent guests! Buying a house in a region that you have not visited is the biggest mistake you can make. It may turn out right, but it is a big gamble.

Get a guide about Italy, be it Lonely Planet, Frommer’s, Rick Steves or whatever and inform yourself about the regions, the characteristics, the differences. Look up the websites of bed and breakfasts of the areas that seem interesting that are run by expats. The pictures and descriptions on these will give you the best impression of what it is really like. Keep in mind that in the major cities like Rome, Milan, Turin, Genoa, Bologna and in the most popular regions like Tuscany, Umbria, Liguria prices are much higher than elsewhere. It will be a lot harder to find your dream villa in any of these places than in lesser known areas. Upcoming popular regions are Le Marche and Puglia. Or would you prefer to live on an island, like Sardinia?

How to find the house with the right price and characteristics. Subscribe (see the box in the column at the right) if you want to be notified of new posts.

Would you like to know how WE found our house and moved to Italy? Then read our book!
More Info

(This is the 1rst chapter of my book Living in Italy: the Real Deal with our expat stories and adventures)

With my right foot still on the pavement, the estate agent’s car was already pulling away. My reaction was fast: I pulled both legs inside and slammed the car door, averting an accident. The estate agent obviously had no time to waste! We were going to look at two properties in the Oltrepò Pavese, the area lying south of the river Po, which traverses Northern Italy. I sat in the front and the estate agent prattled on in hundred-mile-an-hour Italian. I only understood bits of what he was saying, partly because I was too disconcerted by the traffic which we were navigating with Italian flair. 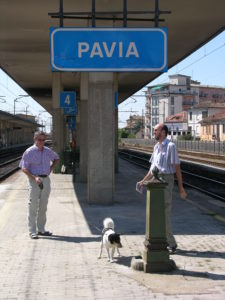 For the last few weeks, we had lived in the quiet, historical, university town of Pavia. In the next 6 months, I was going to continue with my MA in Medieval Culture, and my husband, Nico would enjoy his well-earned sabbatical. He was going to hoover, do the shopping and cook, whilst I could immerse myself in times gone by. But there was this secret, unspoken wish that didn’t leave us alone: could we…., what if we…, imagine if…?

And already, just a couple of weeks into our stay in Pavia, we started looking at properties, with the intention of permanently settling down and setting up a B&B! Soon after our arrival in Pavia, we discovered the wine region of Oltrepò Pavese, an area about half an hour’s drive to the south of Pavia. It was love at first sight. What beautiful countryside! And this is how our secret wish began to take shape: to find our own idyllic home on the top of a hill with panoramic views! In one of the free leaflets from the numerous estate agencies (agenzie immobiliari), our excited eyes spotted the perfect house that ticked all our boxes. We were now on our way to this house, with an estate agent whose main talents seemed to be smooth talking and rally driving.

Once we got out of Pavia, the roads became quieter and I was able to follow Olita’s – as he was called – Italian a bit better. He was busy showing off his property know-how and reassuring us about the top quality of the houses we were about to see. If there was anything not to our liking, it could be easily sorted, without any additional costs, he said. He had already made an agreement with the owners. “Non ci sono problemi!” he exclaimed with much enthusiasm. If we didn’t like the colour of the house, it could be painted over, before completion, in any colour at all, even violet, maintained Olita. “Non ci sono problemi!” And the garden that had become a jungle from months (probably years?) of neglect would be completely cleared out, just for us.

We took in the landscape in front of us: it was mainly flat, covered in rice fields (growing the famous Italian risotto), farmland and poplar plantations, as far as the eye could see. Along the country road, we were driving past settlements: an endless mish-mash of houses and farm buildings of all shapes and sizes. We raced through small villages with stores, restaurants and cafés. Olita was consistently indifferent to the numerous white traffic signs warning of upcoming speed cameras. Did his employer pay the fines? Or was it going to become a hidden charge on our bill? We were fully aware that we were going to have to pay Olita commission if we were to buy our house through him. We had done our homework in the Netherlands and were well-prepared for all the traps that a would-be house buyer could fall into when trying to buy a house in Italy. We were on high alert! Olita, unaware of my misgivings, drove on at full speed. Here and there along the side of the road, there were small shrines erected by friends and relatives of beloved maniacs, who had died in tragic road accidents. Olita didn’t seem to worry about suffering the same fate; he overtook slow drivers without mercy, regardless of whether the white line was broken or solid. Later on, having lived in the Oltrepò for several months, we discovered a santuario nearby; a memorial chapel for all the victims killed in road accidents in the area. The legendary recklessness of Italian drivers might have some foundation after all. Olita, for his part, did his utmost to conform to the stereotype. Occasionally, we met two cars side-by-side coming from the other direction, but luckily three cars in a row could easily be accommodated on this two-lane road. Non ci sono problemi. 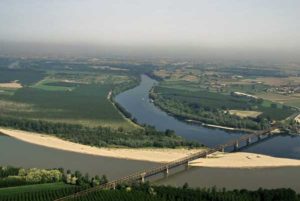 We reached Ponte della Becca, the one kilometre long iron bridge built in 1912 that spans the merging of the Po and the Ticino. The Oltrepò stretched on the other side, flat at first, but soon undulating with hills. There in the distance our dream house was waiting for us somewhere. We saw the first vineyards appearing here and there. On one of the hillsides we spotted a remarkable-looking castle and we inquired about it from our local regional expert, a.k.a. Olita. “Which castle is that?” we asked full of curiosity. He didn’t know. But “Non ci sono problemi,” he would investigate and let us know. Maybe our house was not going to be violet after all.

It soon became apparent why Olita was in such a hurry: he was lost and was zooming up and down the hills in search of familiar landmarks. Against all expectations, we managed to find our chosen house, which didn’t look as perfect as we at first had thought, not even if Olita would have it painted violet. On one side it leant against a slope, and the other side was blocked from view by an unsightly shed. The garden was no bigger than a postage stamp. What a shame. Luckily, on the advice of Olita’s Agenzia, we had also made an appointment to view another property that was on offer at a bargain price. This second house didn’t look appealing in the brochure: a faded grey concrete block without any character. But now that we were here…we might as well take a look. 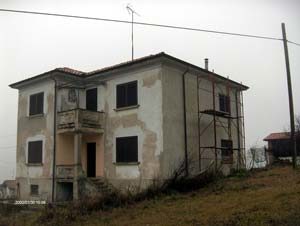 It took Olita a lot of cursing and muttering under his breath during the second stretch of our mystery tour, to finally bring us to the cheaper property. The frontage made no false promises. There were not enough colours in the rainbow to change that. But the inside! The house was made up of two apartments, each a hundred square metres. The downstairs apartment was completely modernised, had brand new flooring, central heating, a fitted kitchen, and there was a sitting room with sofas and a ready-to-go modern bathroom. The apartment was ready to move into as soon as gas and electricity were connected. We felt enthusiastic.

After having seen the downstairs flat, Olita led us upstairs and opened the shutters of the bedroom overlooking the valley. An enchanting view of rolling hills and vineyards in the style of impressionist paintings unravelled before our eyes. In the distance, we recognised the characteristic but still enigmatic castle from earlier. And a bit further on, there was another castle. And over there another one. We were sold. Non ci sono problemi! For once we all agreed!