Oh, so nice! oh so nice! – The Christmas fair in Milan! 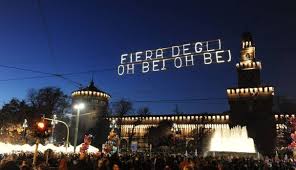 The festive month of december (Christmas!) starts early in Italy, not only in some regions in the North (see the post about San Nicolo) but in Milan as well. The day of the 7th of december is not only dedicated to the patron saint Ambrose (see the post about the Sant’Ambrogio basilisk) but also marks the start of the official opera season at the Scala and of the christmas market. The market is also called the Fiera di Sant’Ambrogio or „Oh bej oh bej!” So nice, so nice! This latter, weird name seems to originate from 500 years ago when a papal delegate entered the city handing out sweets to secure a happy welcome for himself. Nowadays sweets and winter delicacies still form a large part of what is sold on the market, apart from handicraft material to embellish your home for christmas. Apart from the chestnuts (‘roasted in an open fire’) there is the traditional Italian christmas cake, the panettone.

A long weekend of festivities in Milan 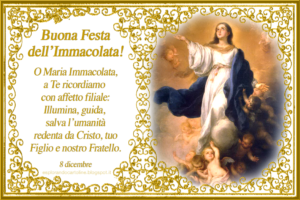 The market tends to be very crowded, also because the day after its opening is another feast, the national holday of the Immacolata, the immaculate conception of Maria. This means that many Italians often have a so-called ponte, a long weekend (either before or after the 8th of december. Nowadays the market is no longer held at the Sant’Ambrogio Basilica but near the Sforzesco castle. It lasts for a few days, how many depending on the year. 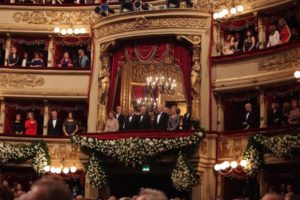 The Scala opera season always opens with the premiere of a classical piece out of Italian repertoire. The performance starts unusually early, at 6 p.m., probably to allow all the ‘nobility’ to have a nice dinner afterwards. That is, if it starts, because the syndacates of the opera personnel (not the singers) often threaten to go on strike at the premiere. This moment is their best opportunity of the whole year to get a salary raise! The premiere is a big media event, not only in Italy and has the status of the Oscars. It is the place to be if you are important (or if you think you are) and to be seen (or go and watch other celebrities). Do not think you can just go and walk in! Tickets are impossible to lay hands on and you need to wear the most expensive haute couture possible. Pay a visit to the Quadrilatero d’Oro first! 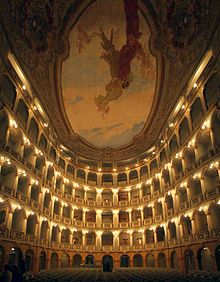 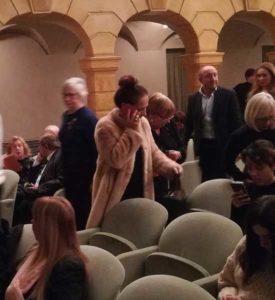 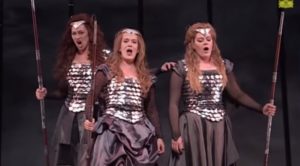 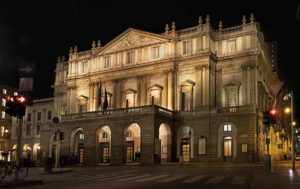 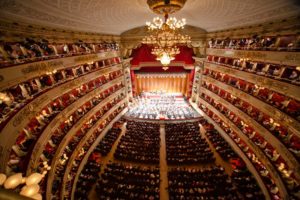