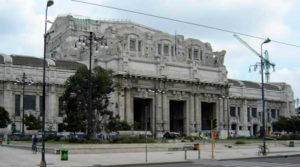 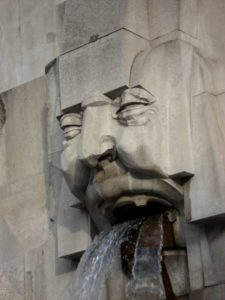 Milan’s Central Station is an impressive building in size and style and worth a visit even if you do not intend to travel by train. Although the construction of the railway station already begun in 1906, it was under the fascist reign of Mussolini that it got its definitive form and was finally completed. Some of it’s original style remained however, such as the Liberty and Art Deco elements. T

he text above the main entrance has been “christened” after WWII, but you can still recognize part of the word FASCismo beneath it. Indicative of the state of affairs in Italy, where fascist organisations still exist?

Platform 21 and the Shoah 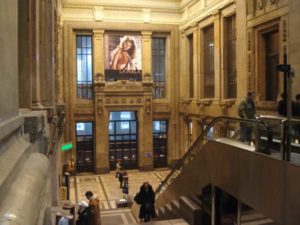 Seen from afar it does bear some resemblance to Australia’s Ayers Rock in its massiveness . The impression of the building is as immense as are its dimensions : its facade is 200 meters wide and its vault 72 meters high, the steel canopies are 341 meters long and cover an area of 66,500 square meters. Visitors can see the Savoia family waiting room, Sala Reale, at platform 21. This, unfortunately, is also the platform from which during the final years of WWII hundreds of Jews were transport to the concentration camps of the Nazi’s, by order of the Repubblica Socialista Italiana of Mussolini. There is now a large inscription with the word Indifferenza, indifference as a reminder of the dark past. 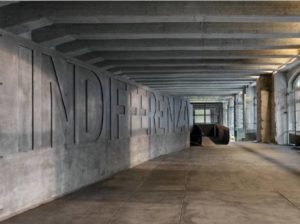 Monumental Cemetery of Milan – A Museum of the Dead 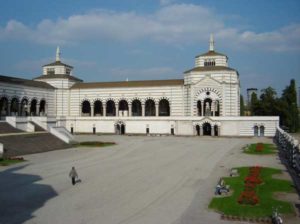 Visiting a graveyard may not be your favorite pastime when on vacation, but the (really) Monumental Cemetery of Milan is one not to miss. The mortuary monuments of the graves of famous Milanese families were produced by the best sculptors and artists since the opening of the cemetery (1866). A large variety of death themes and styles can be found: the door set ajar, the subterranean, grieving figures, allegorical representations. 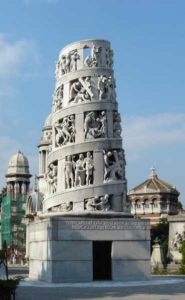 Real works of art can be admired here in an atmosphere of serene silence: the Liberty-style tomb of Arturo Toscanini (which also houses the body of Vladimir Horowitz ), the spectacular Besenzanica tomb and an entire reproduction of Leonardo’s Last Supper at the Campari tomb (just in case you might fail to obtain tickets for the real one). In the Famedio (Pantheon) you’ll find the much visited grave of Alessandro Manzoni and the tombs of many other famous Italians.

A particularity of the cemetery is that it has always been open for different beliefs: there is a Jewish department and a cremation “temple” . 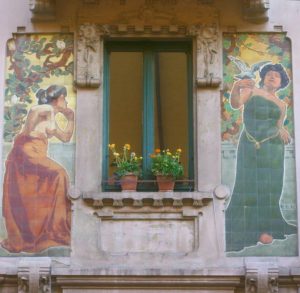 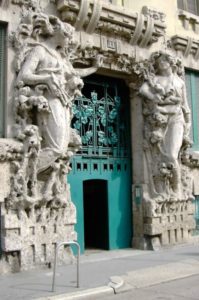 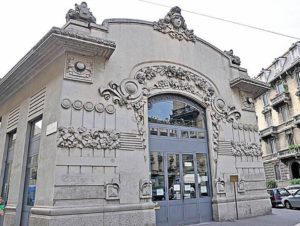